The mythology of our modern, high-tech culture teaches us that the last frontier for humanity is outer space. Somehow, according to this emerging mythos, the fragile human body is supposed to be able to survive the rigors of travel in outer space over vast distances. The writers of science fiction and Star Trek-style television shows would have us believe that human beings can somehow endure through every kind of radiation and danger to successfully colonize other planets and solar systems.
But this notion is probably never going to happen. As this age ends and the next age begins humanity will lose its interest in conquering space. The last 6000 years have been spent conquering the space around us.

The last frontier of humanity is not the conquering of outer space, of other planets and solar systems. As we approach the end of this era we will realize that the last frontier is time.
Space is defined by the three dimensional reality that surrounds us. It is height, width and depth. We humans possess the most spectacular array of physical and mental abilities ever devised in creation to navigate these three dimensions. These abilities have enabled us to conquer our three-dimensional world.

Now at this critical juncture in history we discover that we have completely conquered the planet’s biosphere. People are living in the coldest environments imaginable and in the hottest tropical jungles. There are few mysteries left concerning the outer physical reality of our planet. Due to oil and cheap energy, we have been able to travel to any place on Earth. As this age of oil ends there will be only one mystery left for us to ponder.

This final mystery is the mystery of time.

Let’s take a look at our perception of time. Much of the way we experience the present moment depends on our experience of time past. The events of the past are distilled and repainted in our memories until their very reality loses its solidity. If we let them cook long enough, images of past events take on a dream like quality. Through this process, our remembrances frequently slide into a fantasy disconnected from anything tangible. How often have we encountered someone who remembers an incident in a completely opposite manner from the way we remember it? Our minds appear to be constantly rewriting history to make it more agreeable to our present day wishes. Incidents in the past that are disturbing or frightening are frequently glossed over in our memory until they disappear only to be replaced by a memory that is more easily digested by consciousness.

Our view of the future works in a similar but opposite texture. Whereas the past begins to become a dream within our memories, the future is the dream that has not yet arrived. When someone is successful in the material world we like to say that they have “lived their dreams”. This cliché reveals an intrinsic understanding that present and future reality is created from the dream state of the past.

This idea dovetails with the central belief of the Aborigines of Australia. The essential teaching from that tradition is that everything in our world begins in the Dreamtime. From their ancient perspective, every thought, every action emerges from a larger metaphysical landscape that surrounds and pervades our material world. They call this larger reality the Dreamtime. According to this tradition, each living thing first begins in the Dreamtime. After it has become fully developed in the Dreamtime it then concretizes and becomes a part of our three dimensional reality.

This process is recursive in that our future dreams are frequently constructed from the archetypes of ancient dreams. So the past and the future, the material world and the dream world work together to create not only everything that we see, feel and hear but all that we have manifested as human beings. If one looks beyond the veil of linear time, one can easily see that there is a certain control mechanism over this peculiar process. Because reality is so dependent on the dream world, it is possible to shift reality by simply shifting the dream.

Motivational speakers, politicians, television script writers, preachers and many others understand this fundamental concept and use it to re-script reality in their favor. The last thing that they want you to discover is that you have the innate ability to take control of your dreams. They much prefer that you dream their dream, live in their past and help build their future.

Just think about the nature of the media these days. Over the past century, finding new and ever more invasive means of manipulating thoughts, desires and actions have been at the forefront of the research conducted by “psychic engineers”; the advertising agencies, spin doctors, pollsters, pharmaceutical companies, and secret government agencies of our world.

Through the constant barrage of images projected by the media, through the manipulation of food, and the polluting of the atmosphere, much of humanity has become lulled into a hypnotic state and their Dreamtime is occupied with nightmares. This has led us to today, to the present moment, in which our planet and our species is in a state of crisis. To transmute this crisis, this very critical situation in time, we must learn to step outside of linear time and enter the Dreamtime, that subtle realm in which everything becomes possible.

As the word Dreamtime aptly describes, there is little difference between the dream and the time. This very moment will become a dream soon in your memory. Also you are creating the future that is racing towards you – right now.

The dream world, time and four-dimensional space are all the same thing. The fourth dimensional world, often referred to as ‘time’ by physicists, surrounds and permeates our three dimensional reality. Everything that we are is shaped and formed within this topological manifold that flows into and out of our existence. As the stream of time passes we have the ability to alter it’s course. Each moment of our lives offers us the chance to change the course of our dreams and the dreams of those we love.

Understanding this landscape, the ragged mountains and mossy valleys of the wilderness of time, is the frontier that awaits us. When we finally colonize this land and understand its many intricacies and nuances, we will realize that any future is possible. We will no longer need to be slaves to systems that require us to live in someone else’s dream. The powers of the dark sorcerers that rule our world will be overthrown and a new Dreamtime will be created. When we discover how to navigate the river of time, when the topological map of time is finally understood by us, all of the certain dangers that await us will vanish in the blink of an eye during REM sleep.

We are at the crossroads now. There is a choice. One road leads to a mechanistic, toxic, polluted, fascist nightmare from which we may never recover. The other road leads to a revitalized world where we live our dreams in freedom, prosperity and love.

One of the main aims of many ancient spiritual traditions is to provide us with the means to create a conscious break with the almost dictatorial dreams of our past. This is the essence of the teachings of the Buddah for instance. We are slaves to the dreams that we were born into, slaves to a past of which we had nothing to do. Many of these ancient spiritual traditions teach us how to break with the mental slavery that has burdened us for so long.

Humans frequently hurt themselves and others around them defending the imprinted dreams of their past and creating belief systems that make it all right to hurt and destroy people who come from a different past, a different dreamtime.

The way to stop this recurring cycle is to find our way towards a detachment from the heated beliefs and ego-inspired histories and cultures that we were born into. This is not to say that we should reject our traditions. Only that true liberation of ourselves can only begin when we detach ourselves from ingrained spiritual and cultural habits.

Right now we are trapped by time. And this means that we are trapped in a Dreamtime from which escape is nearly impossible. But as long as there is a chance, as long as the odds are not one hundred percent against us – and they are not – we should attempt to make this leap.

The spiritual emergence that is happening right now across the world is the realization that there is only one kind of time. There is no past and there is no future.

There is only NOW.

And we can change the NOW at any time that we like. 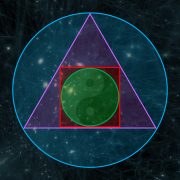 Alchemy and Time: How the Rediscovery of the Philosopher’s Stone leads to the Golden Age by Jay Weidner 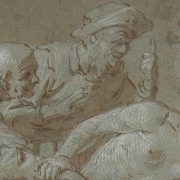 Childhood’s End: The Agony of Our Collective Puberty by Jay Weidner and Sharron Rose 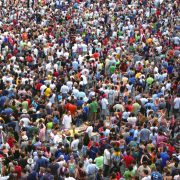 The Culling by Jay Weidner 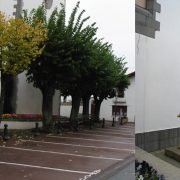 The Time River: Alchemy, Fulcanelli and The Great Cross at Hendaye by Jay Weidner 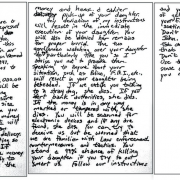 Are the Olympic Games the Beginning of the End? by Jay Weidner

The Time River: Alchemy, Fulcanelli and The Great Cross at Hendaye by Jay ...
Scroll to top