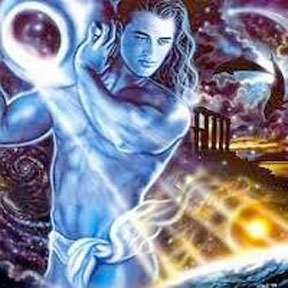 The sign of Aquarius is that of a person with a vase of water. For it is in the Age of Aquarius that the secret of alchemy and the magic water of the Elixir of Life are made known to the entire human race. This single act topples the powers that rule the world and re-creates society and culture.

It sounds wonderful doesn’t it?

In cultures throughout the world there are myths, stories and legends that speak of a Golden Age of humanity when all of the above was actually occurring. The Bible also speaks of this age and of men who live to be 600 years old and even older.

These myths and legends also tell us about a strange and fascinating science called Alchemy. Alchemy was the sacred art of transmutation practiced in many cultures from China to India to Egypt and Tibet and many others.

The alchemical lore speaks of men and women in the past who magically created an Elixir of Life that allowed them to live for hundreds of years. These alchemists also created a powerful substance they called the Philosopher’s Stone which gave them long life, mental clarity and spiritual enlightenment.

As many of you know, I have been pursuing the truth behind alchemy for over 25 years. Like most of you, I began as a skeptic, questioning the validity of the stories I read about the Philosopher’s Stone and Elixir of Life.

But in reading the ancient alchemical texts I was struck by the intelligence of those who authored these odd and inexplicable books. In every case they appeared to be highly educated people who had a low tolerance for nonsense. The realization that the adepts who wrote the ancient texts on alchemy were not fools inspired me to go on with my research.

Step by step, over the course of many years, I began to unlock the secrets of the Philosopher’s Stone. As I delved deeper and deeper into the literature, I slowly began to realize that the extraordinary stories of the Elixir of Life and the Stone were true.

I am releasing a new documentary film this fall called The Alchemy Code, which delves into the lore of the Stone, the metaphysical nature of reality and many other secrets from the alchemical tradition including how to make the Stone and the Elixir.

It became clear to me that once upon a time in history all humans possessed the Stone and that it was intimately connected to the emergence of the fabled Golden Age. For once everyone had the Stone, there would be very little need for wars, greed, hunger or even death. When I discovered that the Stone was easy and cheap to make I decided that it was time to bring forth this knowledge

As many people have lost their heads and more for releasing the information about how to create the Philosopher’s Stone I was filled with great trepidation as I made the rounds on radio, TV and the Internet to spread the word about how to make the Stone. Also I hid one of the easiest methods for making the Stone in these discussions because I thought that some would find the information distasteful.

Another factor that was, and is, causing me great concern is the Internet kill switch. It is apparent that the Internet is going to be completely controlled very soon so it was incumbent for me, or someone, to release the information covering the proper way to make the Philosopher’s Stone as soon as possible. Theoretically as the knowledge of how to make the Stone spread through out the population of the Earth via the Internet the Golden Age would eventually emerge.

If the past is a guide to the present then the powers that be have never been in favor of the release of this information. Usually releasing the information on alchemy and the Philosopher’s Stone is a good way to discover what it is like to be burned at the stake.

But there is a God and luck was on my side. And now luck in on your side.

Why do I say this?

Because a special someone has released a very well written book that contains a correct description of how to make the Philosopher’s Stone and the Elixir of Life.

The book is called The Book of Aquarius.

Based on my quarter century study of alchemy the anonymous author of The Book of Aquarius is absolutely correct in what he is transmitting.

But better than all of this is the fact that the anonymous author has decided – wisely – to give the book away for Free!

Yes you heard me. The secret of alchemy has been properly released on the Internet and it is free.

You can find the book here:

I read the entire book in 3 hours. It is very well written and researched. As many of you know, alchemical texts can be exceedingly obscure and almost impossible to comprehend. Yet in my opinion, this book is the easiest book to read and understand that I have ever encountered on the subject of alchemy. It clearly teaches the student the proper methods for creating the Philosopher’s Stone. The total cost of all the equipment needed is less than $1000.00 and an enterprising person could do it for far cheaper.

From my perspective, this is the most important book ever written. “Anonymous” has given all of us a great gift. This treasure offers us the potential to transform not only our bodies and minds, but also transmute this current Age of Iron, this age of pain and deception, greed and terror into the Golden Age of truth, beauty harmony and bliss. Once everyone on Earth has the Stone we can become who we really are and free ourselves of the trap of the phantasm of modernity and the toxic threat that it has created.

Download the book now. Print it out in case the Internet kill switch is pushed. Send the link to your friends and family, even if they are skeptical of its claims. Once the secret is released the powers that be can do nothing to bottle it up again.

For those who want to hold rigid to the status quo, this is potentially the most dangerous book ever written. For it is true and it’s simple magic can change everything.

This is the golden dawning of the Age of Aquarius.

Want to join the discussion?
Feel free to contribute!

Alchemy and Time: How the Rediscovery of the Philosopher’s Stone leads to...

The Culling by Jay Weidner
Scroll to top